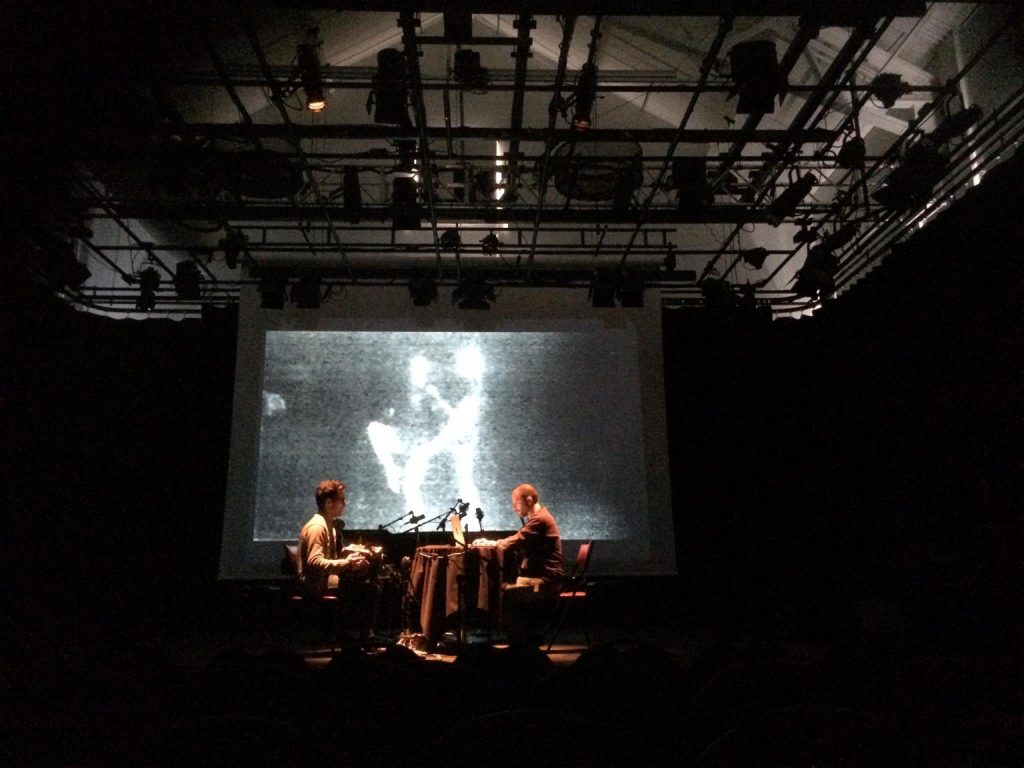 Works by Cage, Mumma and Pelz

This concert follows the trail of the ?First Live Electronic Music Festival? (?FLEM?), which took place in California fifty years ago, featuring David Tudor (1926-1996), the pianist particularly known as the interpreter of John Cage?s works. One of the pieces performed at the festival was Mesa, for bandoneon and electronics, composed by Gordon Mumma, a pioneer of electronic music. The performer was David Tudor, playing the bandoneon, a ?cousin? of the accordion associated with Argentinean tango. This concert proposes a new digital version prepared by Francis Lecavalier and Ofer Pelz, in consultation with Mumma and musicologist Jonathan Goldman playing the bandoneon. The work is accompanied by the projection of archival footage of Place, a choreography by Merce Cunningham that used Mesa as its soundtrack.