In this work I explore the flexibility of time, stretching and compressing it with the use of repetitions and loops.
Derived from the idea of a logarithmic spiral, the loops accumulate in order to become a greater structure that is part of yet a greater one, etc. Thus, the large scale structure contains the same elements as the smaller structures.

In one of her bestsellers, The March of Folly, the historian Barbara Tuchman claims the following:
“A phenomenon noticeable throughout history regardless of place or period is the pursuit by governments of policies contrary to their own interests.”
To me, the idea of a loop structure represents an aspect of mankind that turns in cycles of misery and brutality throughout history.

The work comprises one movement and an epilogue.
I was inspired by two illustrative images when composing this work: the first, represented in the main movement, consists of many points and little fragments; the latter, presented in the epilogue, consists of long lines which create the feeling of an ongoing conclusion.

Blanc sur Blanc was written for two ensembles – Meitar Ensemble : Flute, Clarinet and Piano, and Ardeo String Quartet. Premiered at Zeitkunst Festival Berlin. The two ensembles are separated in space. The string quartet is amplified and has the roll of an electroacoustic tape of the other ensemble, without actually using a tape. 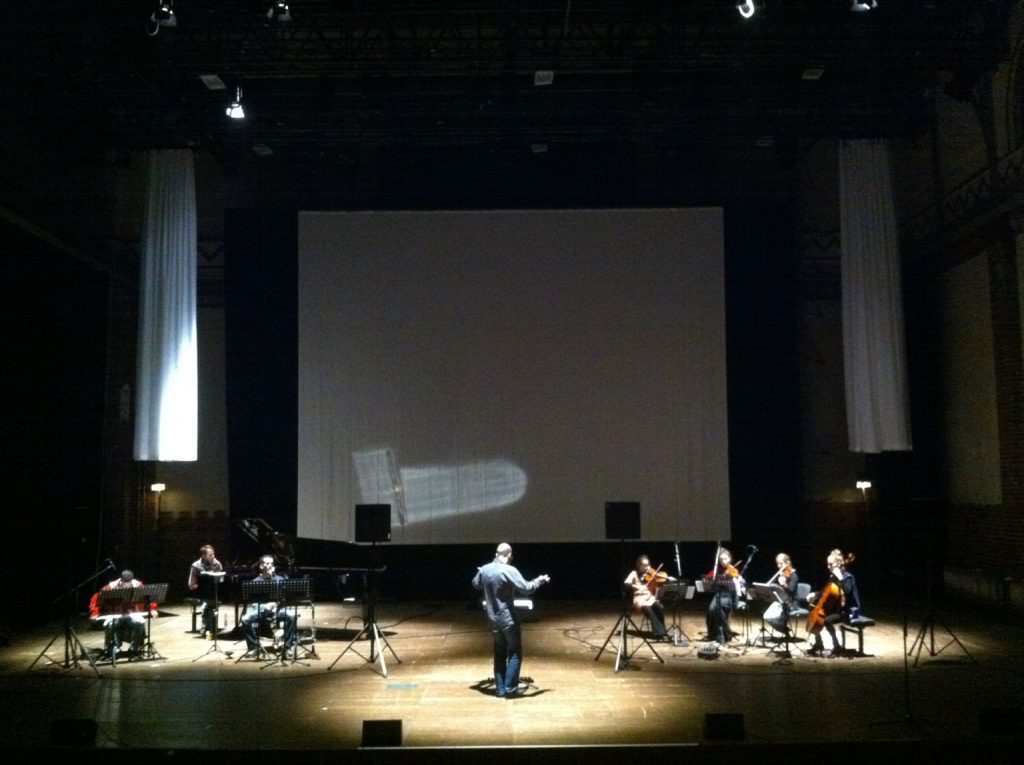