Chinese Whispers (or Telephone game, as named in the United States) is a reference to the universally known game. This Work is inspired by the idea contained in its tittle; using repetition and variation to slowly de-figure an original message.
Human gestures such as stuttering and respiration are part of the language I used in this project. The piece is constructed of several parts, which zoom in on smaller elements of the initial material. This piece was written for the Meitar Ensemble to be premiered at the MATA Festival, NYC.

“Mr. Pelz’s fluttering “Chinese Whispers” brought the five excellent Meitar players, including the clarinetist Jonathan Hadas and the violinist Moshe Aharonov, together. The end — long seconds of toneless evocation of breathing — was as delicate as music gets.”

“The opening piece ‘Chinese Whispers’ by Ofer Pelz, revealed unexplored angles combining musical instrument noise, such as blowing without sound, with sounds, and created a story of continuous-truncated sounds and original and beautiful musical worlds.”

Noam Ben Zeev about a concert of Meitar ensemble, Haaretz (in hebrew) 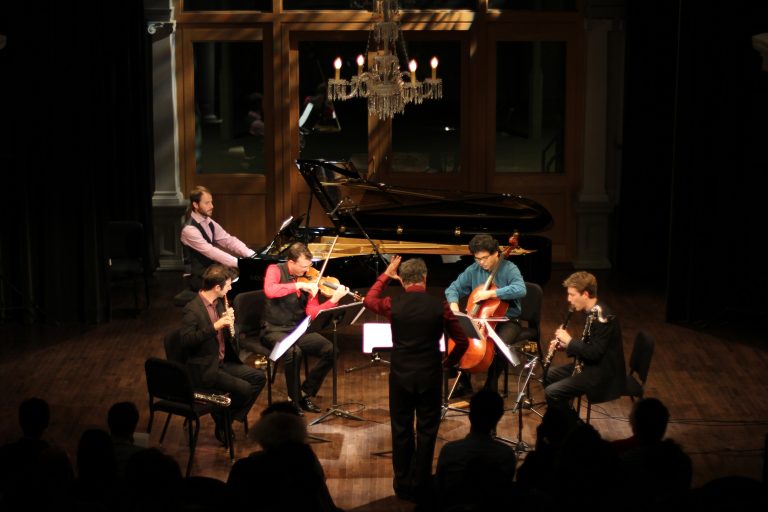